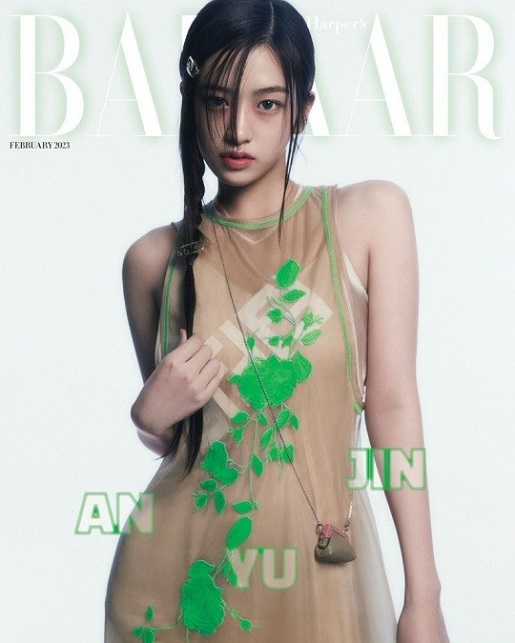 One thing I hope for is the growth of I.V.EVE’s growth In the cover of the February issue pre-released by “Harpers Bazaar” on the 17th, Ahn Yoo-jin showed a variety of charms with a full of presence.

From his fresh appearance to bold and elegant attitude like a popular idol, his unique mysterious eyes and expressions were impressive. Ahn Yoo-jin, who perfectly digested the spring/summer collection in 2023, is rumored to have attracted admiration from the field staff with an atmosphere full of energy. Also, in the pre-shooting interview, as the leader of I.V., he cited “One thing I want as an idol Ahn Yoo-jin, the growth of I.V.” as this year’s goal.

The pictorial and interview with Ahn Yoo-jin will be available in the February issue of “Harpers Bazaar,” and various contents such as fashion films and YouTube will be released through “Harpers Bazaar” and SNS.