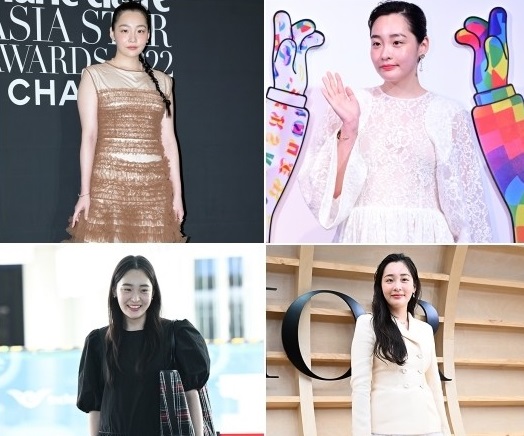 Actor Kim Min-ha, who rose to stardom in March last year by captivating viewers not only in Korea but also around the world by playing the main character of the drama “Pachinco,” which deals with the family history of four generations of Koreans in Japan. At the same time as the release, “Pachinco” continued to be the talk of the town by ranking first in the OTT integrated ranking, and Kim Min-ha was also recognized for her acting ability by capturing the lives and sorrows of Koreans who were hurt in history.

With favorable reviews from foreign media, rookie Kim Min-ha proved to have emerged as a global trend by being invited to a fashion show of foreign luxury brands as well as a historic awards ceremony at home and abroad.

Kim Min-ha caught the eye by showing a variety of fashion on her official appearance and on her way to the airport. However, his fashion, which adheres to a dress-oriented look, left a pity by creating a somewhat awkward outfit and an unpretentious atmosphere compared to his perfect acting skills.

In particular, at the award ceremony hosted by Fashion Magazine, a see-through dress with countless wrinkles and a dangi hair were created to create a unique fashion that could not be easily understood, and the white dress, which appeared at one venue, halved its sophistication with “loose” details reminiscent of the fairy’s wing clothes. On the red carpet of the awards in LA, he showed a look that was neither here nor there by matching a golden flare dress with a big size belt reminiscent of a champion belt.

On the other hand, at the fashion show site of the luxury brand, he showed overall difficulty fashion with a jacket and skirt that fits his body, and a wet hair that was overdone as if he had washed his hair. The combination of tacky combinations that seem to have forgotten the trend and hairstyles that don’t go well with clothes has completed a “difficult” look.

The plain clothes fashion shown on the way to the airport was somewhat less noticeable than the awards ceremony or official appearance, but the monotonous and voluminous dress created the feeling of wearing pajamas, plus a large shoulder bag, which could not erase the atmosphere of going grocery shopping.

Kim Min-ha, who always appears with embarrassing styling compared to her perfect acting skills, shows her own “fashion one way.” Myway style’s unique look is also good, but what if you show a fashion that can stand out your unique loveliness?