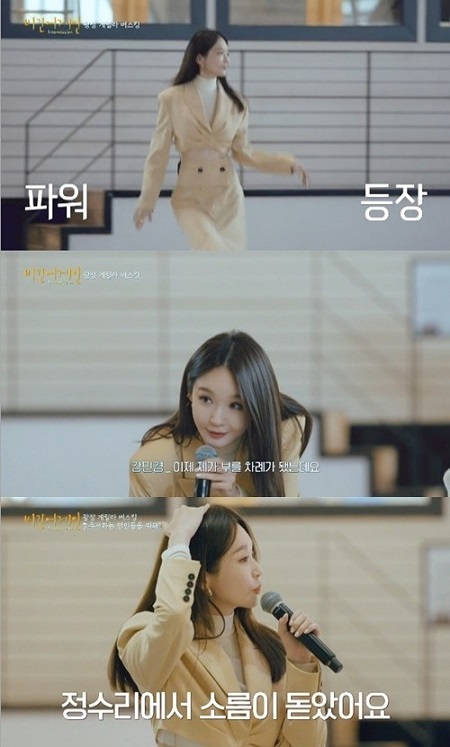 Regardless of whether it’s comforting or not Kang Min Kyung sings. I’m a nuisance. Kang Min-kyung of Davichi, who has been embroiled in controversy over her annual salary of 25 million won, will continue to sing comfort songs for the time being.

On the 6th, Kang Min-kyung started a new season on JTBC’s “Begin Again” with the absence of “Intermission.” The busking stage, which was divided into two teams, appeared for the first time.

Kang Min-kyung, who runs a fashion shopping mall, posted a job posting for more than three years of experience and offered an annual salary of 25 million won, which became a source of trouble. They offered a considerable amount of work, college graduates, and English skills as conditions for employment, but Kang Min-kyung only offered 25 million won a year. Moreover, the welfare benefits listed proudly were the basics that the company generally provided.

When the controversy arose, Kang Min-kyung explained that the annual salary amounted to a new employee, not a career employee, and that it was a “mistake of the person in charge,” not him. Whatever the fact was, it was the CEO’s responsibility, but Kang Min-kyung couldn’t even fix it properly.

In the end, the criticism against Kang Min-kyung became stronger. In other words, Kang Min-kyung’s lack of qualities as a representative has been revealed, and she has broken her image, which has recently turned favorable.

In response, Kang Min-kyung remained silent and did not make an additional position. For this reason, attention was shifted to “Begin Again-Intermission,” in which Kang Min-kyung was made a fixed appearance. The program has already been filmed last year, and only the show remains. The “Begin Again-Intermission,” which was completed with six episodes, will be organized as before because no alternative can be found immediately.

Kang Min-kyung is one of the 14 buskers in “Begin Again-Intermission.” However, Kang Min-kyung’s controversy is directly opposed to the program, which gives comfort and emotion through singing. However, the program cannot be abolished because of Kang Min-kyung.